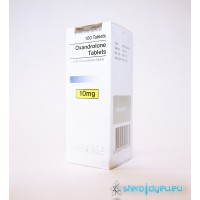 This drug was first produced in 1964 by a company called Searle. It was designed to be a safe and mind anabolic steroid and in low doses was well tolerated by women and children. Oxandrolone is a Class I anabolic, mildly androgenic steroid, which makes it safe to use in many cases. This drug has been used for anything from, burn victims to treatment of osteoporosis as it provides calcium to the body which will aid in bone regeneration. However in 1989 this drug was discontinued by Searle Laboratories partly due to the illegal use among bodybuilders. Around 6 years later Bio-Technology General Corp negotiated a deal with Searle where they would continue to manufacture the drug Anavar and supply it to BTG. This is when a press release went out stating its effects on involuntary weight loss and focused itself on HIV/AID’s wasting indications which were approved by the FDA where they were able to dictate the price by it being granted Orphan Drug status by the Food and Drug Administration.

As stated in the history of Anavar it is a Class I anabolic steroid giving it mild anabolic and low androgenic properties. This drug is also a derivative of dihydrotestosterone (DHT) and this is where confusion comes into its effects. Due to it being a derivate of DHT this drug is already “5-alpha reduced”, meaning it is unable to react with this enzyme like the means of testosterone making it a more potent form of “di hydro”. There is no conversion from neurosteroid allopregnanolone (5AR type I) to DHT(5AR type II), so false claims of using Procepia (Finasteride) which inhibits 5AR type II or Dutasteride which inhibits both 5AR type I and type II would be completely ineffective. However if you are concerned about hair loss there have been reports that spironolactone, flutamide and nizorol shampoo may work. Now that we have that out the way let’s talk about some of the positive effects and dosing of this drug. Dosage of Anavar for men is in the region of 40 to 100mg every day. The active life of this drug is around 9 hours so splitting your dose up during the day would be advised. I have personally found that 40mg was a waste of time and only started experiencing results at the 60mg per day mark, however ramping this drug up to 80mg a day lead to remarkable increase over the previous dose, however when I bumped this further up to 100mg I didn’t notice any further results and decided a comfortable dose is 60/80mg. This drug is very effective by itself and works great when stacked with other drugs. Cycle duration for this drug is around 4 to 6 weeks however some users have run this drug for as long as 10 weeks+ which is not advised. For women I would say a dose of 5 to 10mg a day is ideal.

Anavar starts to work within minutes of digestion however people reported noticeable changes from day 3 where they reported larger pumps. As far as strength and vascularity this happens anywhere from day 8 to 14 of the cycle, the strength on this product is insane and increases every week. It is reported that Oxandrolone causes a strong strength gain by stimulating the phosphocreatine synthesis in the muscle cell without depositing water and I’m guessing this is why reports state adding creatine to your Anavar cycle could be favoured. Anavar has also being closed linked to fat loss, and in a study there were reports of reduction in abdominal and visceral fat in men, the other logical explanation is its appetite suppressant effects. Anavar is pretty mild on the liver and even though it is a 17aa compound, meaning that it´s been altered to first pass through your liver without being destroyed, however Anavar is not primary metabolized by the liver like other 17-alpha alkylated orals. At higher doses however one can see an increase in liver enzyme values, these results return to normal after cessation of a moderate, short cycle. As much as many researchers might claim that Anavar doesn’t supress your Hypothalamic-pituitary-gonadal axis (HPTA) it does. Research has shown a dose as low as 2.5mg a day can supress some. And because this product is suppressive, proper post cycle therapy (PCT) is a must. Please refer to the PCT section on the site to find which protocol would best be suited for you. However a minimum of Clomid / Nolvadex would be required however Human Chorionic Gonadotropin or a synthetic version like Ovidrel would be desired. Dosage plays a large part in the effects this drug will have on your HPTA and sex drive and anywhere on the 40mg mark could tip either way. I personally found favour running LP Proviron at 20mg a day for the first two weeks and then increasing this dose by 20mg each week up to a maximum of 80 mg a day and this kept my sex drive through the roof. Anavar cannot aromatase in any dose and this is a plus for steroid users who suffer from estrogenic side effects like gynecomastia, bloating, high blood pressure and so forth. And due to this special characteristic users with low body fats have reported that shredded look and is perfect for contest preparation. Other side effects that users might experience were nausea, cramping, extreme fatigued, anxiety and even bloating. I have personally experienced a few of these side effects but not to the point that I have had to discontinue the use of the drug 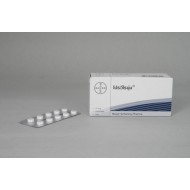 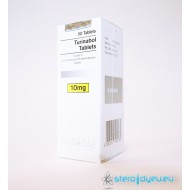 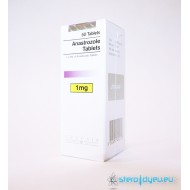 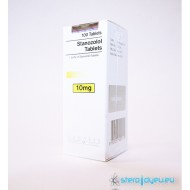